It’s been a funny ol’ week, all things considered.

I’ve certainly been through it and realised the first couple of weeks were most certainly shadow boxing. This week I’ve been hammered from all angles.

My speech is now altered – it varies from my normal gruff through to something more akin to a high-pitch squeal. I reckon I can do four octaves – sometimes in a single sentence!

I did have a word with my team about pain relief – my mouth is pretty well sunburned throughout its inside now and this is where we do need some strong painkillers. I'd moved up from Paracetamol to Codeine and Paracetmol combined. Known as Co-Codamol 30/500. Did that over last weekend, but that failed to relieve the pain.

Anyway – a phone call to the team on Monday decided that Morphine was the way to go. My version is Morphine Sulphate Oral Solution 10mg/5ml – commonly known as Oramorph. It took a couple of days to get my dose correct…

I guess a) so that I’m not zonked out all of the time and b) to control any thoughts of long-term dependency.
So, since Tuesday I’m taking 20mg every 4 hours and most of the pain is under control now. I say most, because I’m really struggling to swallow anything by mouth now. Even sipping water is seriously painful as I try to swallow.

Thankfully Peggy is already in place and 99% of my intake is by the feeding tube, directly into my stomach. The other 1% is me trying odds and sods of things to try and eat – and they’ve given me lists of medium and soft foods to try. Hardly anything is going down (and staying down) including Weetabix, custard, stewed apple etc. 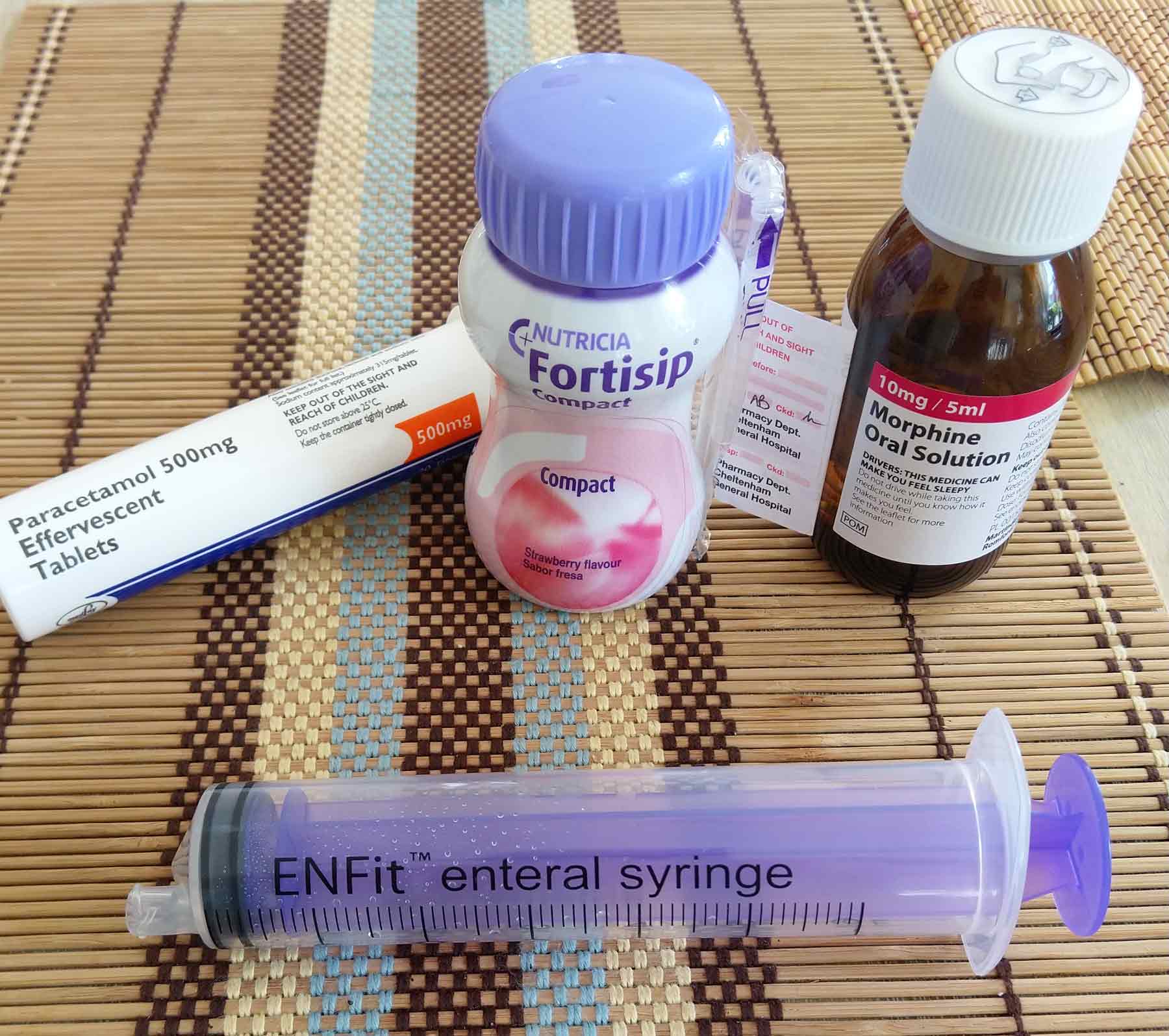 I can see this could become a serious issue, because it can be a case of ‘use it or lose it’. Yes sure, the Wozzer bravado of a few weeks ago about losing weight is still around – but not at the cost of losing the ability to eat in the long term isn’t. So I’ll need to work on this.

Of course the change of diet / foods in and the mixture of medicines also have an affect of, shall we say, the inn’s and out’s ☹

Here’s the thing… Strong painkillers (even 1000mg of Paracetmol), but certainly codeine and good ol morphine, come with a sting in the tail (so to speak), in that constipation can be an issue. I was ready for that and already had a supply of Laxido laxative. Had been taking one a day since last week.

But it was becoming a bit of a concern that all was going in and for a good week or so, nothing was er, coming out.
Wednesday 20th evening I finally got the feeling that all was ready to go.

Talk about mixed messages… 40 minutes of grunting and groaning and just a little bit of movement. But it so happened that the little bit of movement was all – no progress forwards and even worse, no way to reverse the process. And now I was getting worried – not least because I’ve read of middle-age men having heart attacks in exactly this same situation.

No way is Big Wozzer being found dead like that – in his en-suite, with trousers around ankles, phone still in his hand. Oh no sir – not at all.

Reminded me of an old joke – ‘Did you hear about the constipated mathematician? Worked it out with a pencil’.

Google must have a better answer, eh?
Manual evacuation is the term I found – using a small lolly stick(s) or one’s own fingers. A glance around my en suite didn’t elicit any lolly sticks. So…

Oh by the way – on Friday the laxative finally kicked in – just in time to ‘help’, now that I’m on 100% fluids. Not even thinking of describing this.

On the bright side – I can’t believe I’m halfway through the 6 weeks of radiotherapy treatment and still upbeat pretty much every day. It does seem a tired old line at times, but Onwards and Upwards is definitely the feeling to have each week of treatment.

Just take the punches – but not too many 😊